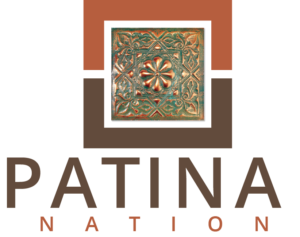 The NorthShore Executive Networking Group (NSENG) is Chicago’s largest job search networking group with over 6,500 members, 10 of which are landing new jobs each week. We’ve partnered with Patina Solutions to help those of you who may be considering a job search or actively pursuing one. To assist you, NSENG’s CEO and founder, Marty Gilbert, (scroll down for his bio) is offering a portfolio of 3 job search coaching packages that can significantly help accelerate your job search efforts whether you’re 2 weeks or 2 years into your search.

Below is a brief summary of the 3 different job search packages from which to choose… Bronze, Silver and Gold.
Click here to view descriptions of the 8 instructional webinar recordings.
Click here for examples of topics that Marty can address during your phone consultations with him.
Whether you purchase a package or not, you are still entitled to access NSENG’s bi-weekly meetings, our LinkedIn group (https://www.linkedin.com/groups/4788306/), job search workshops and the weekly newsletter by simply signing up for the Basic plan below OR sending your name and email address to Marty at martygilbert1@gmail.com. 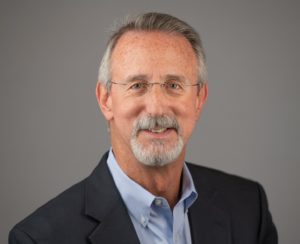 Marty Gilbert is the Founder and CEO of the NorthShore Executive Networking Group (NSENG) which you can find at www.nsenginc.com, Marty brings a wealth of job search coaching experience for middle and senior level individuals. Over the past nine years his networking meetings, coaching efforts, webinars and workshops have established NSENG as Chicago’s largest (5,800+ members) and fastest growing job search organization. There are 5 new members joining each days and over 1,400 members have landed new jobs over the past several years. Much of Marty’s coaching success is attributable to his extensive marketing background and how a proactive, multi-channel approach helps job seekers to create more visibility and credibility with target companies that ultimately results in more interviews. His background also includes an extensive array of sales and general management roles across a broad range of industries. Marty spent 18 years with Motorola Inc, where he helped launch several “industry first” wireless products along with being the General Manager of four business units. He also held the role of Chief Operating Officer for STATS Inc, the nation’s leading sports data and analytics company that delivers real-time content to major TV, fantasy sports games and professional sports teams. STATS Inc was also the driving force behind the book and movie, Moneyball, which starred Brad Pitt. Marty’s career is highlighted by over 25 years of international experience which included a position working in Tokyo for Dentsu Inc., the world’s largest advertising agency, where his award-winning writing regularly appeared in Time, Newsweek, Business Week and Fortune magazines.

Here are a few quotes from coaching clients:

“A sincere thanks to Marty Gilbert, for leading NSENG and particularly for his job search coaching services. My situation for a job search was sudden and unexpected so I reached out to Marty and I’m glad I did. With his guidance and hands-on efforts, he challenged my thought process and completely reworked my resume and email communications so that they more effectively communicated my sills and value to prospective employers. He also prepped me for interviews that helped me come across more skilled, confident and proactive.”

“Marty delivers highly personalized and comprehensive 1:1 coaching. He quickly addressed my key objectives by unearthing my most marketable skills and suggesting process improvements. In addition to his tailored recommendations, I learned a wealth of best practices that would be impossible to quantify here. I highly recommend NSENG and Marty’s coaching services to any executive conducting a search.”

“I am an accomplished national salesperson, but I had no idea how to sell MYSELF. I still lacked the confidence and the roadmap as to how to “put it all together”.  Marty’s one-on-one coaching has been invaluable. From revising my resume to literally giving me a step-by-step ‘Action Plan’, Marty’s help has been awesome. Also, when job opportunities have arisen, Marty has coached me through next steps and follow-up. His clear, concise approach combined with a fair amount of humor, has really ‘lightened the load’ of navigating the modern job search process.”

“Marty’s insight into the job search process was above and beyond what I expected. Having been through layoffs in the past, I needed a coach who would assist me in creating a focused and effective search campaign. The tools and strategies Marty taught me are invaluable in getting the most effective results in shortest amount of time. I thought I knew a lot about job search, but Marty showed me strategies I either did not consider or didn’t know existed. On top of that, he is very professional and down-to-earth, which made the coaching process fun. I highly recommend utilizing Marty’s services.”

“Marty Gilbert is an outstanding coach! I had the pleasure of being coached by Marty through a recent career search. Marty’s approach is based on candor with a detailed roadmap and tools to help you find your next position. He keeps you on top of your search activities and focused on networking! Marty is a great resource & coach for anyone going through a job search.”

“My resume wasn’t telling a compelling story and I hadn’t interviewed in twelve years. Marty helped flush out my value proposition for potential employers on paper and made me more confident in telling my story in interviews.”

“I was contacted by a retained executive recruiter for a fantastic VP Marketing opportunity, but I realized my resume needed finessing to better position me. Marty’s deep industry expertise was so evident — he was quick with recommendations to sharpen how I positioned myself and his coaching session made all the difference, enabling me to advance forward to the finalist stage. Additionally, he coached me through the details of an executive-level employment contract and the many variables to consider and/or negotiate.  It really prepared me well.”

“The process of looking for a new job can be very intimidating. There is the pressure of having an outstanding resume, a value proposition that sets you apart from the crowd and cover letters to go with every job you apply for. Marty eased all of my fears by addressing each of these tasks and helped me get through the effort with confidence. I thought I had a good resume but Marty helped in making it unique by reflecting my experience, accomplishments and personality. He also guided me through the whole process from the start to the end… I can’t speak highly enough of the coaching services that Marty provides.”

“Marty put together a clear outline of what needed to be done to get back into the job market and get noticed above the large number of other job seekers.  Armed with a powerful resume, cover letters, intro letters and an excellent strategy, I am confident of getting job offers soon. Well worth the investment if you want to approach your job search correctly.”

“Marty’s support was instrumental in helping me maintain a growth mindset during my search. His coaching and connections are top-notch, and he manages one of the most valuable and productive professional networking groups in the Chicago area. I highly recommend Marty Gilbert as an executive coach.”

“Marty is a rare find in the world of executive search coaching – he is more than willing to customize the approach to what you actually need versus the “one size fits all” packages that you often find in this space.  And this tailored approach makes the investment in your career very worthwhile.”